7. You get too comfortable.

You’re set in your ways and you refuse to change your unhealthy dating patterns from your failed dating routines. This is a prime example of being too comfortable with your fruitless dating habits. Being too comfortable can prevent you from meeting the right person. Step outside of your comfort zone and do something differently. Find solace in being uncomfortable and try something new.

Pickiness only becomes a problem when you’re passing on  a great man because of a trivial quality.

In order to rid yourself of this self-sabotaging behavior, ease up on your extreme pickiness and note that being too picky often serves as a measure of avoidance. Are you trying to avoid getting hurt? Are you secretly avoiding a long-term commitment? More times than not, pickiness is a subcategory of another problem that you haven’t effectively resolved.

5. You have feelings of unworthiness.

It’s easy to be hard on yourself and feel as though you’re undeserving of a meaningful relationship due to past relationship trauma and mistakes you’ve made, but it’s important to realize that despite your shortcomings, you’re still deserving. Focusing towards the future instead of constantly beating yourself up about your past dating and relationship failures will help you manifest new goals and visions for the things you want to get right for your next relationship.

Self-reflection is paramount when going through the ebbs and flows of dating.  Solely placing blame  on the people you’ve dated and only finding fault in the things they’ve done is directly correlated to a lack of effective and meaningful self-reflection. Lack of self-reflection leads to habitual unhealthy dating patterns. When you are aware of the things in which you should improve upon and don’t work on them, you will continue to self-sabotage. Become aware of the parts of yourself that need improvement and make it a point to work on them.

3. You don’t work on your emotional maturity.

Emotional maturity is often coupled with resiliency. It shouldn’t involve letting your emotions sabotage your dating life. In order to become more emotionally mature, you must consistently and effectively manage your emotions despite your past dating experiences. In other words, one or two bad dates shouldn’t be so emotionally detrimental that it keeps you from what you deserve.  Instead, keep your emotions regulated by focusing on the ultimate goals you want for your dating life while keeping in mind that emotional maturity is progressive and intentional.

2. You harbor on failed relationships.

1. You constantly talk yourself out of giving good guys a chance.

The most common way to self-sabotage your dating life is refusing to give a good man a chance. Although being physically attracted to the person you’re dating is important, physical attraction isn’t always instantaneous. Sometimes attraction grows once you get to know a person’s intrinsic qualities. Don’t pass up a good guy because the spark isn’t there immediately.  Have an open-mind and give him a chance and see what feelings may evolve. You may be pleasantly surprised.

All articles shared on http://www.muffiebradshaw.com are original pieces written by Muffie Bradshaw unless otherwise stated. Any content taken from this website must be credited. 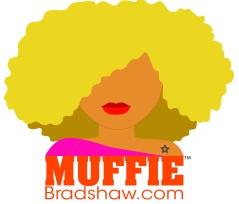 Muffie Bradshaw is an award-winning relationship blogger and coach who has been seen on The Steve Harvey Show. Other works include online magazines including, but not limited to, singleblackmale.org and womensforum.com. With many relationship experiences, including breakups, dating successes and disasters, Muffie knows firsthand the mistakes women should avoid when going through the ups and downs of dating. Through her writing and coaching services, Muffie specializes in helping women reach a higher level of understanding regarding their dating lives through self-assuring decision making techniques, self-reflection and cognitive behavioral therapy (CBT) inspired methods.